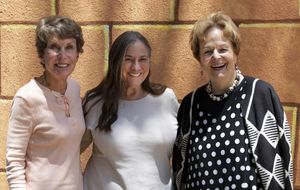 The Carpinteria Arts Center passed another milestone when three local women stepped up with new gifts to push the campaign past the $3 million mark.

The Carpinteria Arts Center passed another milestone when three local women stepped up with new gifts to push the campaign past the $3 million mark, leaving just $97,397 to go in a $3.1 million campaign to build a first-class, state-of-the-art community arts center. Amanda McIntyre, Lynda Fairly and Jilla Wolsey each added to their initial contributions to carry the Arts Center into the home stretch.

“We are so grateful to the entire community for their support,” said board co-chair and campaign chair David Powdrell. “Once complete, we’ll have studio space, classrooms, galleries, a beautiful courtyard, offices, a ceramics area, two new classy ADA compliant bathrooms, an efficient and beautiful serving kitchen and much more.” 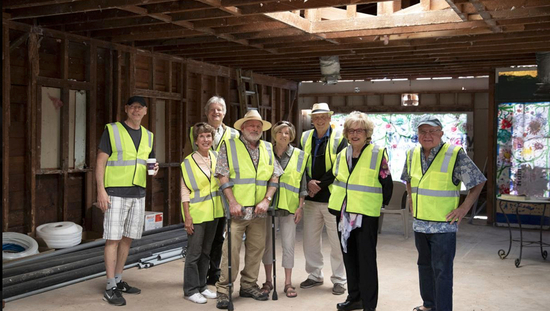 Executive Director Rebecca Stebbins said, “We have received cash contributions for amounts as low as $5 to as much as $400,000, and there are still opportunities to contribute to the campaign.” In-kind contributions from contractors, architects, engineers, manufacturers and others currently exceed $254,000.

“We hope that, once complete, everyone will pick up a ukulele, a paintbrush, take a stab at poetry or try ceramics. This is your community arts center,” added Powdrell. “It’s a modern-day barn raising at 865 Linden Avenue. Again, we’re so grateful to the entire community for stepping up for the arts,” Powdrell said.

The Charles Lo Bue Gallery is now open with modified hours, Friday through Sunday from Noon to 4 p.m. We look forward to seeing you visit!